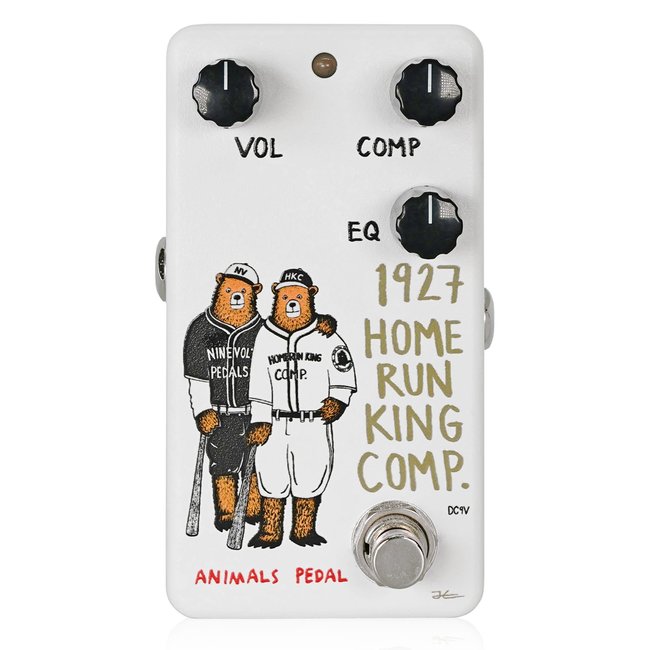 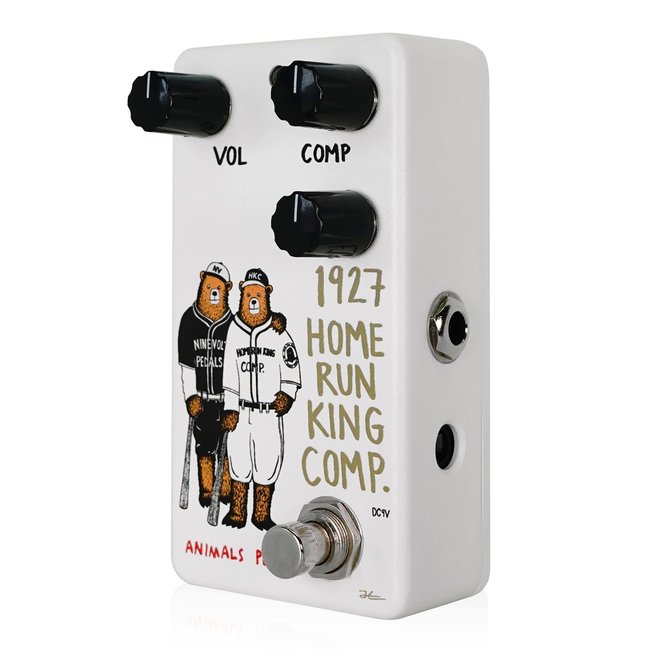 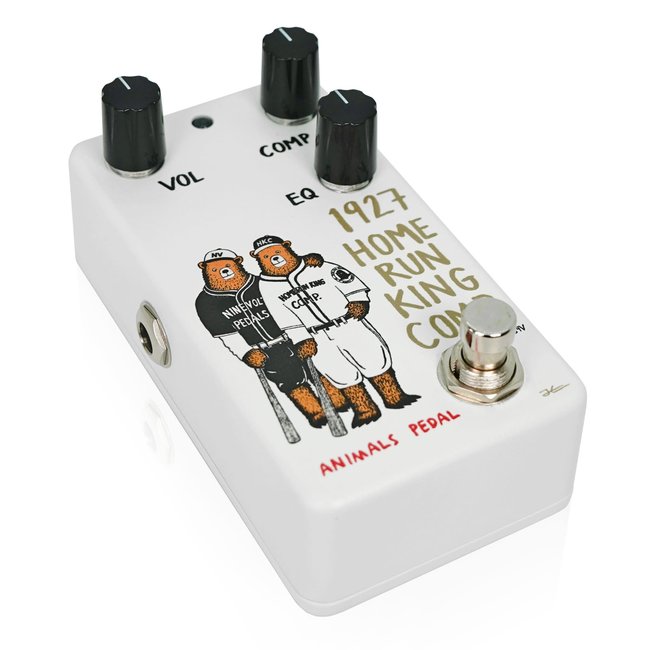 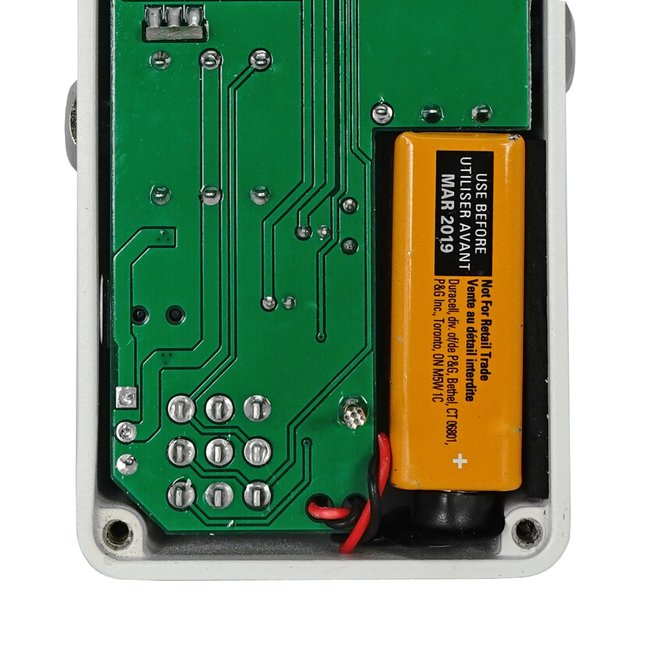 The 1927 Home Run King Comp., A popular compressor with natural sound, simple operability, and real-time display by LED, has a foot switch in front to improve playability while making battery replacement easier than before. I did.
Although there is only one LED, you can check the operation of the compressor in real time as before.
In addition, the beautiful pedal design unique to Animals Pedal can now be placed even larger and more beautifully.

The compressor is neither an ineffective effect nor a play-misleading effect. This pedal is indispensable for creating the basic timbre that is important for electric guitars.

1927 HOME RUN KING COMP. Is a "natural" compressor that modern players need, and at the same time, its effect is easy to understand and it is a compressor that can be used simply. Based on a high-end studio compressor, we have achieved quality that goes beyond the boundaries of guitar pedals.

● What is a compressor?
A compressor is an effect that changes the density of timbres. The principle is similar to distortion-type effects such as overdrive, and in a sense, it can be said to be a "distortion-type without distortion".
The effect is that the sustain (elongation) of the tone is lengthened, the force of the sound to come forward is strong, and the tone when playing the guitar becomes easier to handle.
When you say "sound making" on a guitar, you may first imagine distortion and spatial sounds. However, if you are conscious of "creating clean tone sounds", a new perspective will open up again.
If you can use the compressor well, you will be able to use the severe distortion and quiet clean freely and positively, which will lead to dramatic play.

In 1927 HOME RUN KING COMP., In addition to the LED that indicates ON / OFF of the effect, the LED that indicates the function of the compressor itself lights up, and it is possible to determine at a glance "whether or not the sound currently being output is compressed". can do.
The tone of the compressor itself is overwhelmingly natural, and the EQ knob, which allows you to control the full range with one knob at the same time, is also effective for correcting the entire tone.
For example, if you feel the sound is a little dark, turn the EQ clockwise, and if the sound is too bright, turn it counterclockwise to sensuously adjust the “brightness” of the guitar tone.

In addition, 1927 HOME RUN KING COMP. Realizes a masterpiece of low noise compared to many compressors. It is comparable to high-class studio compressors.
Equipped with three simple knobs and an LED indicator that shows the operation at a glance, the contents are a high-end class compressor. Animals Pedal-like compressor that can be used by a wide range of players.

Think of the ball park.
When the baseball stadium was still called the ball park,
Two superstar bears co-star in a dream.
The parabola they draw with their children's dreams is high and stretchy in the night sky
It will be sucked. Just like this comp.