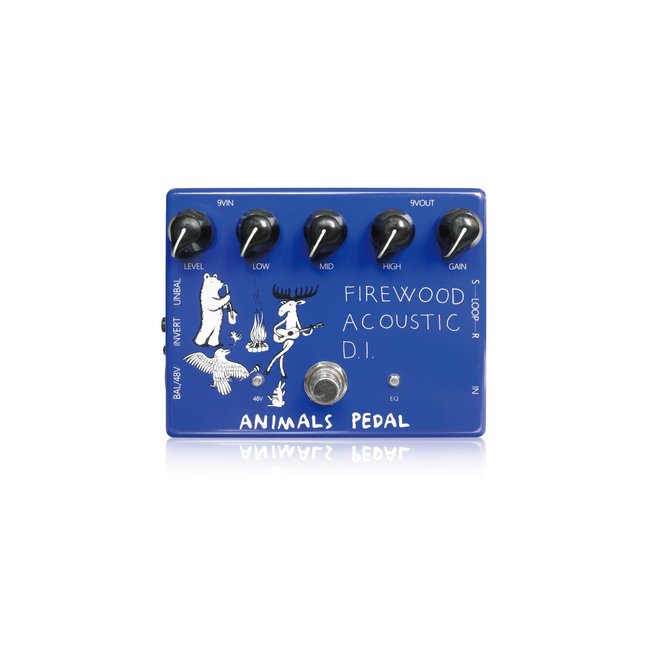 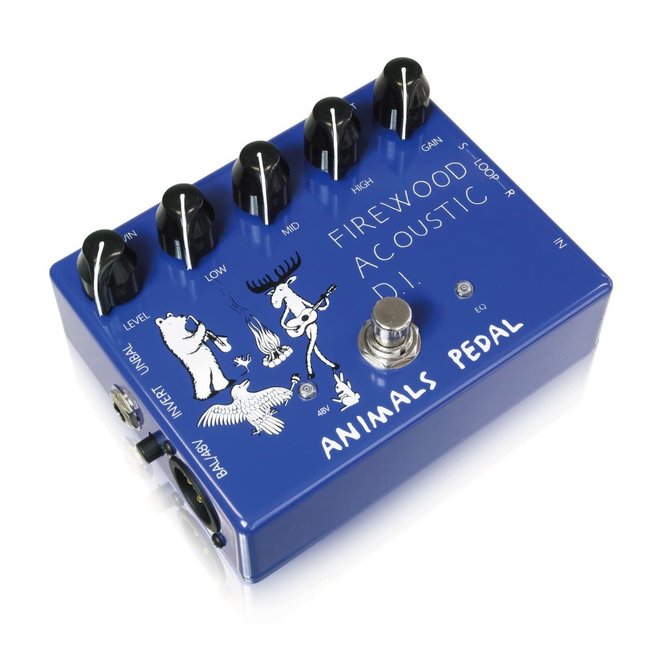 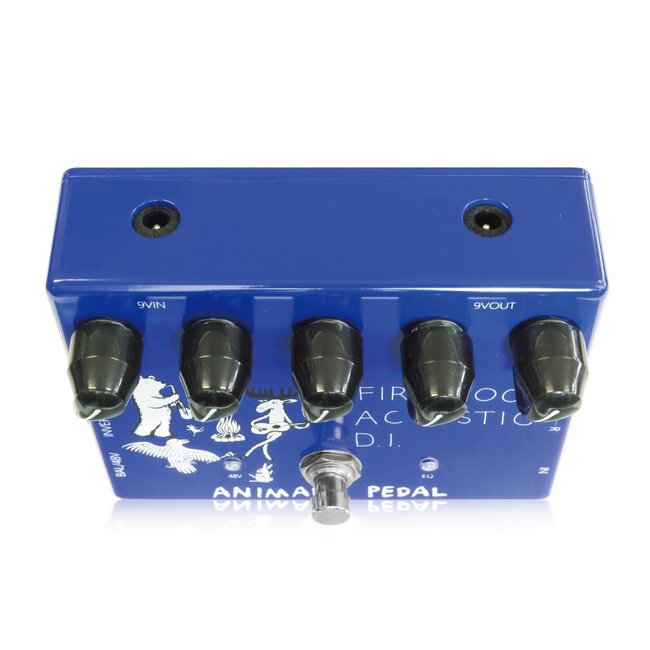 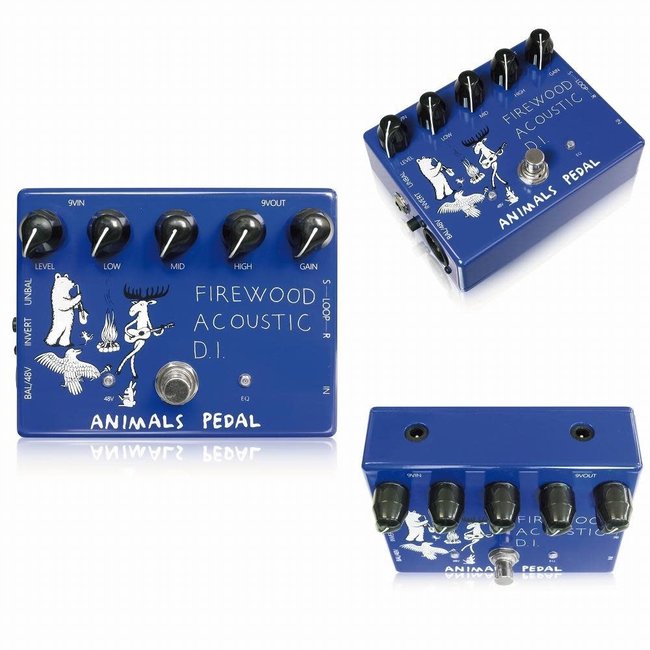 Animals Pedal Firewood Acoustic DI
Firewood Acoustic D.I.
The timbre of an acoustic guitar is sometimes soothing and sometimes intensely emotional. The appeal of "unplugged" has taken the world's guitarists to the next level, and the roaring grunge rock band has created a further legend with "unplugged". Acoustic guitars are inseparable for rock guitarists as well as classical and folk.

Animals Pedal Firewood Acoustic D.I. is an active DI pedal for electric acoustic guitars that is great for live stages and recordings. Manufactured with analog and discrete circuits, it outputs to mixers and amplifiers without missing delicate expressions.
It's a simple and compact pedal, but it has various functions.
A powerful 3-band active equalizer that can be adjusted to match the characteristics of the song, venue, guitar or power amplifier, and can be turned on and off with a foot switch, from a warm and balanced tone like a classic nylon string. Creates a variety of acoustic sounds, such as crisp, glittering tones that complement vocals with an ensemble.
The three equalizers, High, Mid, and Low, strongly adjust the tone in the range of ± 15 dB, centered on 3.5 kHz, 800 Hz, and 180 Hz, respectively. It is effective not only for making sounds, but also as a control that cuts unnecessary bands and suppresses feedback.
The GAIN control, which allows you to add light saturation, adds crisp power and presence to the sound.
Equipped with an effect loop, it is possible to apply effects such as chorus and delay at the same time when using an acoustic guitar or as a boost pedal.

In addition, it is equipped with a balanced out XLR terminal that can output the guitar directly to the mixer. It can also be driven by phantom power. Power can be supplied from a mixer, etc. even in venues where outlets are insufficient, such as outdoor stages.

In addition, when driven by an adapter, it is also equipped with a DC out that can supply power to the pedals of the effect loop, etc., and is effective in various systems.

The Firewood Acoustic D.I. is more than just a functional pedal. The high headroom and the sound of the particular circuit output the tone of the guitar itself clearly.
You can dare to create a hard and crisp "acoustic-electric guitar sound", but you can clearly output the tone unique to an acoustic guitar that is warmer and deeper. Even on a live stage, you can create a tone that is similar to a microphone recording in the studio.

● Input / output terminals
DC9VIN: Connect a standard center minus DC9V adapter.
DC9VOUT: Power is supplied to the outside when driven by the adapter.
IN: Input. Connect the cable on the instrument side.
LOOP: Effect loop. Connect the cable from S (SEND) to the input of the effect in the loop, and R (RETURN) to the output of the effect in the loop. The effect loop is always active.
UNBAL: Unbalanced out. Connect the cable to a guitar amplifier, etc.
BAL / 48V: Balanced out of XLR terminal. It is used when connecting to a mixer, etc. It is also supplied from here when using phantom power. The Phantom LED lights up when phantom power is being supplied.