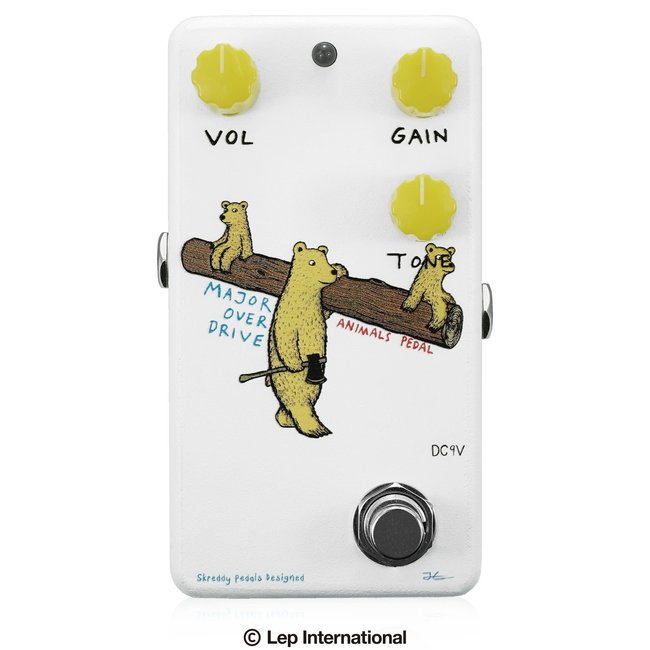 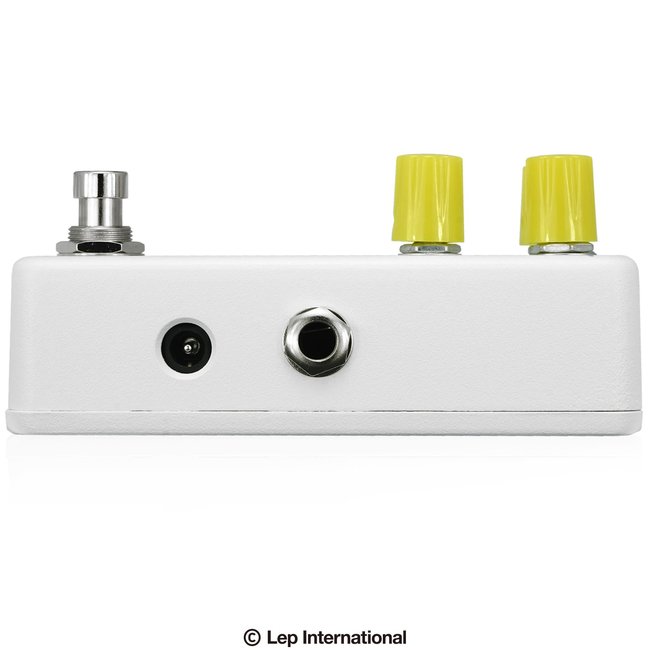 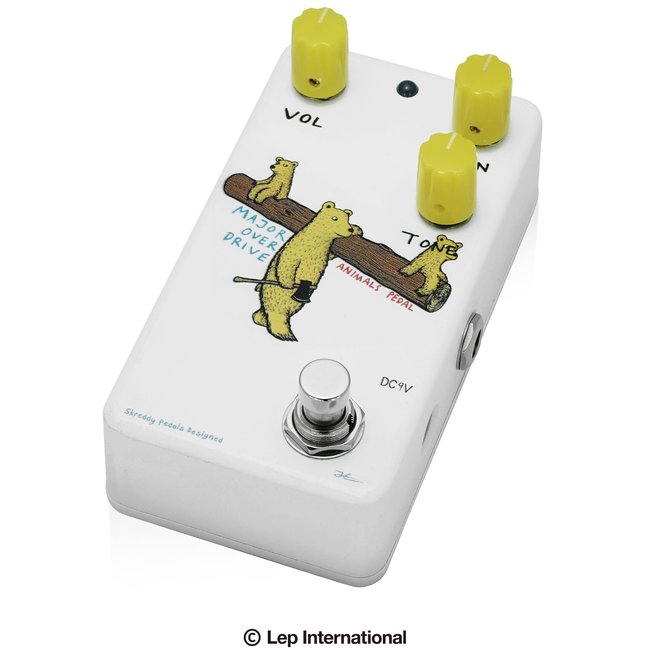 The wall of the amp that piles up behind a number of historic rock sounds. The amp that started the legend is the envy of guitarists.

Animals Pedal Major Overdrive is an overdrive that creates the sound of an amp that produced the legendary rock tone.

The new Major Overdrive makes it easier to replace the battery than before, while placing a foot switch in front of it to improve playability.
In addition, the beautiful pedal design unique to Animals Pedal can now be placed even more beautifully.
There are no major differences in sound or functionality, but the overall range of timbres has been expanded and tweaked to create the best sound with more amps and guitars.

British-made amps made in the 1960s and 70s later became legendary amps that everyone wanted to get.
The sound of that amp, later called Plexi, is available at Animals Pedal Major Overdrive.

Speaking of plexi, there may be an image of distortion sound. Certainly, if you want to make a rock sound quickly, you can create an atmosphere with distortion.
However, a real plexi amp doesn't really distort as much as distortion. It wasn't until the end of the Plexi era that British stacks were able to create strong distortions.

Major Overdrive is an overdrive that can create distortion from a slightly dirty clean tone of a plexi amp to a crunch and a little over the "full ten" gain. In other words, not only the tone of the 70s plexi amp, but also the earliest "brown sound", which is said to have obtained distortion exceeding full ten by lowering the voltage further.

Hard rock sounds in the early '70s seem to create a lot of distortion, but the gain isn't that high. A fast-paced phrase using bass strings gains momentum because the sound comes forward.
The tone of a real plexi amp has a surprisingly low gain, but when combined with a band, it stands out and sounds distorted. With Major Overdrive, you can easily reproduce that "magic" by moving the GAIN knob near the center.

The Major Overdrive is exactly what a real vintage British valve amp is all about. The more you use it, the deeper your knowledge of realistic amps will be.

The tone of a classic rock album.
Major Overdrive creates a clean, rich harmonics brown sound, and high gain from the neoclassical range with one unit. The response is high, and you can control the gain with the volume or picking of the guitar.
─── Marc Ahlfs (Skreddy Pedals)

The fascinating "plexi" tone of British tube amps from the early 70's. Major Overdrive aimed for a classic high gain that can be controlled by picking and can be returned to clean at any time.

It has a "brown sound" flavor that intentionally drops the voltage of the British tube amp, and the clear, low-mid focused and balanced tone creates a smooth and smooth sound.
The punchy attack is great for cutting and has enough compression for mute play.

The chords are well separated, with sufficient distortion. It's an overdrive where you can immediately get the brown tone played by "Guitar God" from the late 70's to the early 80's.

The Rock and Roll Hall of Fame-like tone that makes you want to hear the sound forever is also important in making various songs and phrases. A good phrase comes to mind because you hear a good sound.
What used to be a heavy amp or cabinet that you couldn't get without careful delivery can now be played with Major Overdrive.

The Major Overdrive uses a true bypass footswitch and is powered by a 9V battery or a standard center minus DC 9V adapter.

We want to reach more people with the highest quality sound that everyone recognizes.
To make that happen, Animals Pedal has decided to release a pedal designed and supervised by builder Marc Ahlfs.
As long as it bears the name of Skreddy Pedals, which is no longer a legend, its sound must be uncompromising. At first, I was worried whether I could make the sound of Skreddy Pedals with general-purpose parts.