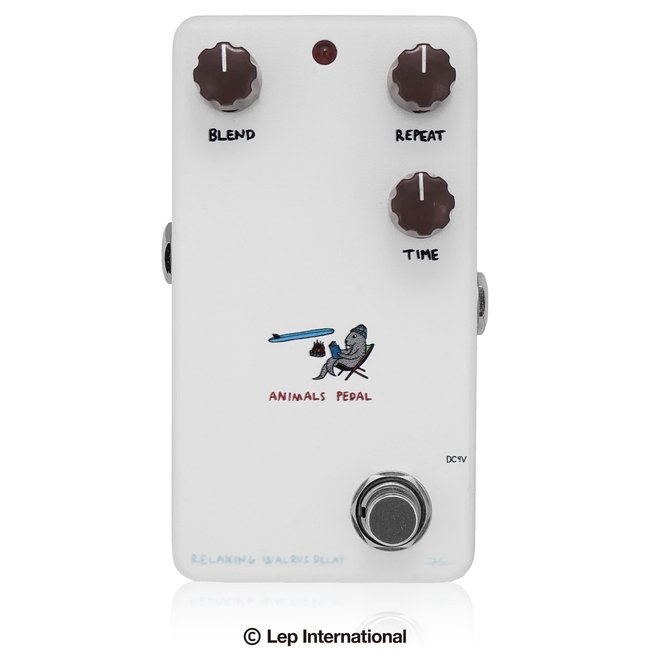 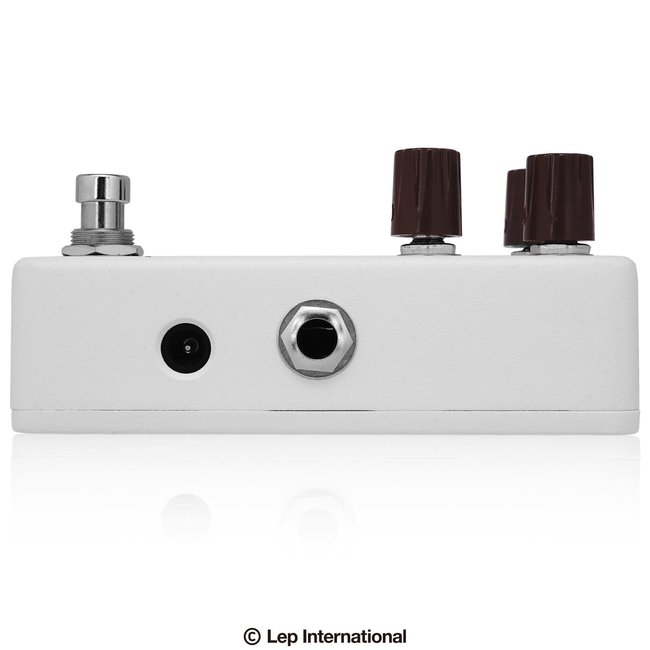 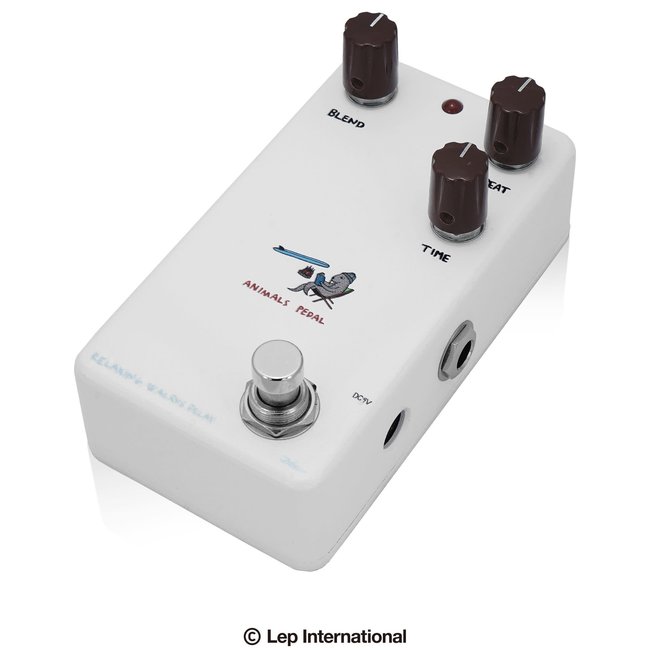 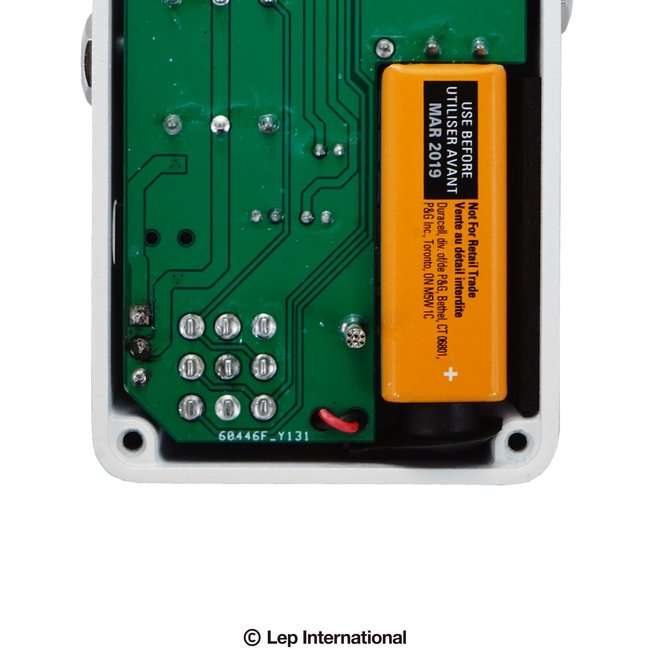 RELAXING WALRUS DELAY is a standard and easy-to-use delay effect that is indispensable for adding "amazing" to your guitar play.

The new RELAXING WALRUS DELAY makes it easier to replace the battery than before, while placing a foot switch in front of it to improve playability.
In addition, the beautiful pedal design unique to Animals Pedal can now be placed even more beautifully.
There are no major differences in sound or functionality, but the overall range of timbres has been expanded and tweaked to create the best sound with more amps and guitars.

The simple control knobs of BLEND, TIME, and REPEAT are necessary and sufficient, and you can make the necessary settings without hesitation.
The delay time is wide, from 1 to 500ms, covering from doubling to short delay, medium, and long delay.

The delay tone of RELAXING WALRUS DELAY is close to that of a vintage analog delay, and at the same time it has the clarity of a digital delay. By setting the BLEND knob, you can set the tone of the delay to a natural reverberation that mixes with the original sound and melts it, or on the contrary, you can make it stand out.
It also has self-oscillation just like an analog delay, and can cover a wide range of applications, from delays that are always on to delays as a transcendent projectile.

It is an effect pedal that comes in handy if you have one on the pedal board.

Delay, also known as the Yamabiko effect, is an effect that repeats the played sound and mixes it with the original sound to create a spatial expanse and reverberation.
If this is the only effect, you might think of it as a type of effect similar to reverb. In fact, you can use it in a similar way.

The decisive difference between a delay effect and a reverb effect is that the sound you play is repeated as is. The unique effect of this delay is a great help, especially for guitarists, to move up one level.

・ Deep and smooth lead tone
When moving from rhythm backing to lead, it's a common practice to switch boosters and distortions to make the sound louder or forward. However, when I mix or record a band performance and listen to it, sometimes I just feel noisy even if I make the sound louder, and I do not hear the lead as well as I expected.
At this time, if you step on the delay effect at the same time, the lead tone will have more depth, and it will have a distinctly different presence from the back tone. At the same time, the edges of the sound are slightly rounded, making it easier to hear and creating a smooth tone. At this time, the secret of the setting is to use a slightly longer delay time and reduce the number of repeats.

・ Always on and smooth backing play
If you listen carefully to the guitar sound, such as in a professional player's live performance, you will often find that there is always a slight delay. For example, the delay effect is effective when playing a smooth backing without cutting off the sound even with a chord change with long fret movement.
This is because it complements the sustain and has the effect of slowly disappearing the tail end of the tone. Try setting BLEND and TIME to a few times and REPEAT a few times.

・ Rhythmic and tricky play
The delay effect repeats the input sound over and over again. You can use that effect to create tricky play and rhythmic backing.
If you set BLEND high, REPEAT modestly, and adjust TIME carefully, you can create a dotted 8-minute delay and harmony using delay without using a multifunctional digital delay. I will.

・ Self-oscillation
Self-oscillation, or self-oscillation, is a phenomenon in which the sound emitted from the delay effect becomes louder and louder by setting the repeat high, producing a unique sound like a scream.
At this time, you can change the pitch, timbre, rhythm of the oscillating sound by moving TIME, and you can create a chaotic world by playing the guitar or combining other effects. I will.
When you want to stop self-oscillation, lowering REPEAT will naturally fade out the chaos sound.

Designed by Australian surf art painter Jonas Claesson.
* Designed with the image of a walrus that enjoys the afternoon after surfing with the best camping trailer that everyone dreams of.