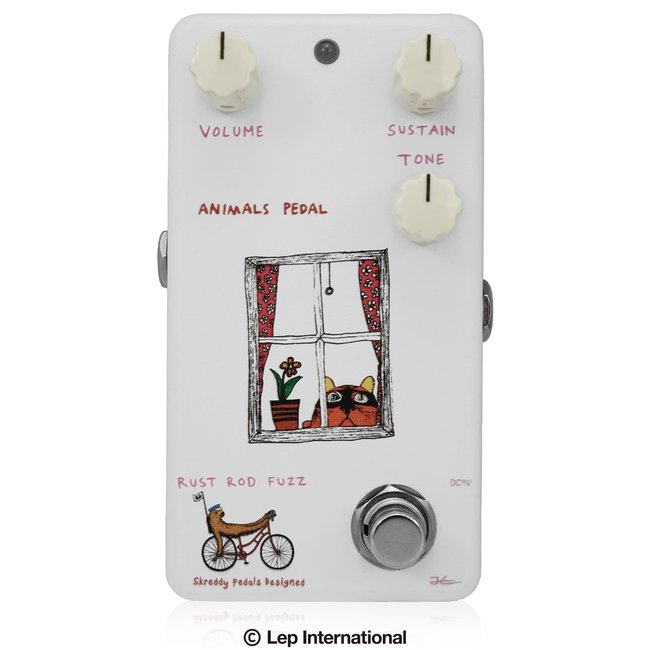 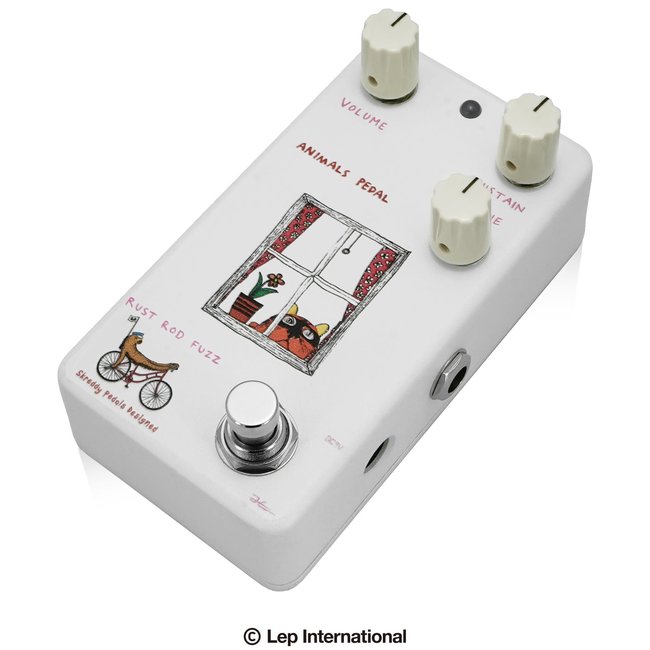 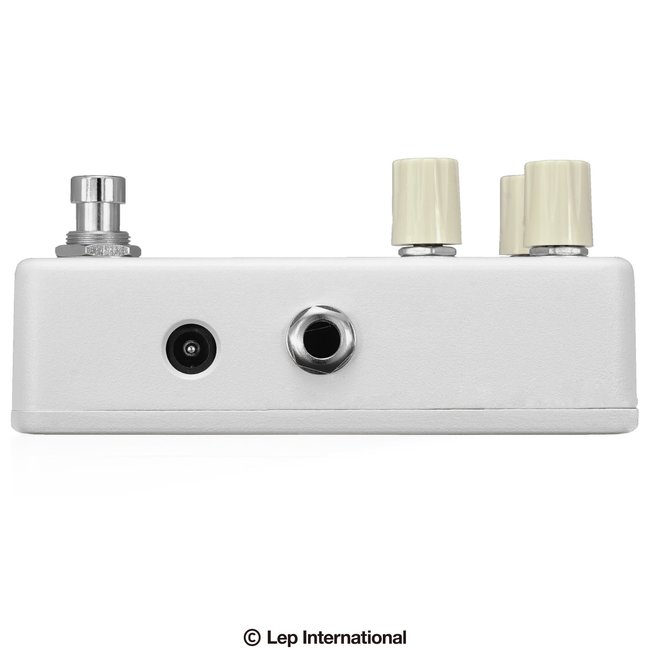 A fascinating effector, Big Muff.
The sound, which is loved by guitarists all over the world, is sometimes described as a sound barrier. The sound with thick and thick overtones approaching is used in many songs such as grunge, shoegaze, and heavyness.

Along with the heavy roaring sound like a sound barrier, the delicate and relaxed lead tone is also a major feature. Especially when playing the lead with a delay, it is also known to have supported historic performances such as the madness of the unique and gloomy UK prog rock and the stretchy and thick tone of Latin rock.

There have been many design and functional changes over the long history, each with its own legend. Therefore, it may be loved by many players.

Animals Pedal Rust Rod Fuzz can recreate the big muffs of the early '70s, known as the "Ram's Head," which is one of the most popular of the legends.

The new Rust Rod Fuzz makes it easier to replace the battery than before, while placing the foot switch in front to improve playability.
In addition, the beautiful pedal design unique to Animals Pedal can now be placed even more beautifully.
There are no major differences in sound or functionality, but the overall range of timbres has been expanded and tweaked to create the best sound with more amps and guitars.

Compared to other times, the mid is stronger and it is known as a mellow tone. Especially, if you set the lead tone to be smooth and TONE high, the sound will be jerky. It is a tone that is loved across genres and generations.

Genuine Ramsheads are few and expensive and will be difficult to obtain unless you are a enthusiast. With Rust Rod Fuzz, you can recreate the legendary tones that the world demands at a high level.

The Rust Rod Fuzz is a reconstructed "Ram's Head" circuit, one of the most famous vintage fuzz pedals.
Huge and powerful tone, tightly squeezed midrange. The sharp, aggressive distortion sound that combines the thick fuzz sound of the mid-'70s with the distinctive viscous response is especially great for playing with heavy riffs and chords.

Thick, endless sustain and moderate stickiness. The adjustment range of the knob is adjusted so that the best tone can be created no matter where it is set, and the sweet point of the vintage fuzz can be taken out stably at any time. In particular, the Tone knob is adjusted so that you can quickly create the best tone by setting it near the center. Players only need to make fine adjustments to suit their equipment and preferences.

The Rust Rod Fuzz is a fuzz pedal with a smooth, old-school appeal, rather than a hot, modern sound. This is a sound unique to Skreddy Pedals who knows all about vintage tones.

● Control
VOLUME: Adjusts the volume.
TONE: Controls the tone, focusing on the high-frequency components.
SUSTAIN: Adjusts the strength of fuzz distortion and the length of sustain.

The Rust Rod Fuzz uses a true bypass footswitch and is powered by a 9V battery or a standard center minus DC 9V adapter.

We want to reach more people with the highest quality sound that everyone recognizes.
To make that happen, Animal Pedals has decided to release a pedal designed and supervised by builder Marc Ahlfs.
As long as it bears the name of Skreddy Pedals, which is no longer a legend, its sound must be uncompromising. At first, I was worried whether I could make the sound of Skreddy Pedals with general-purpose parts.