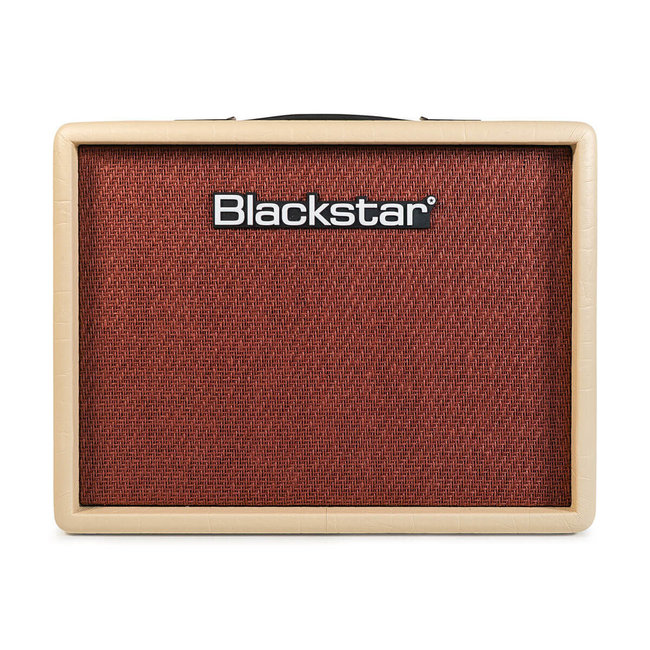 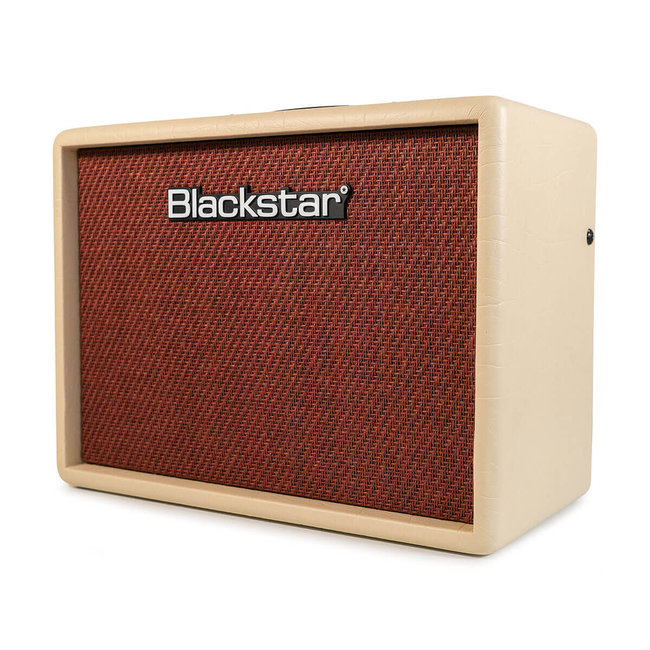 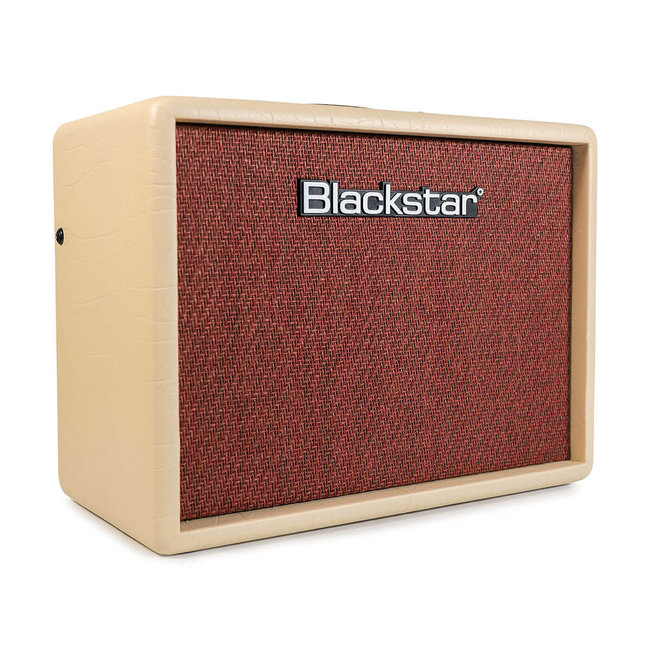 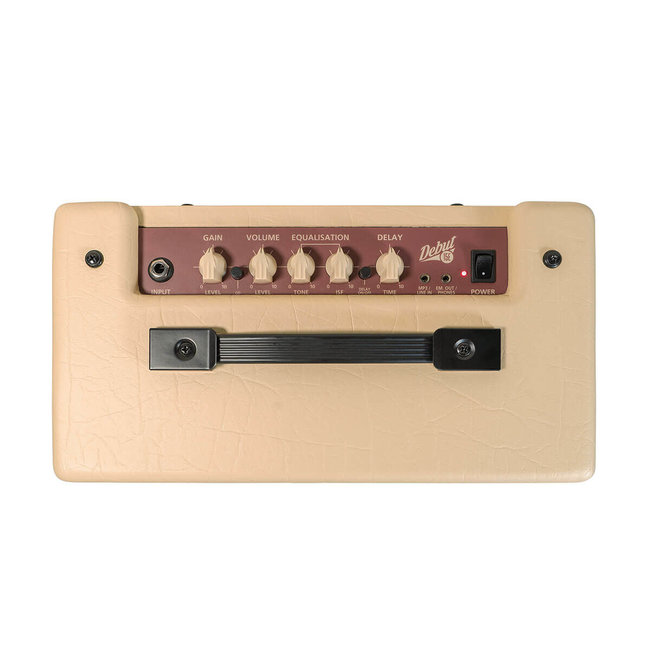 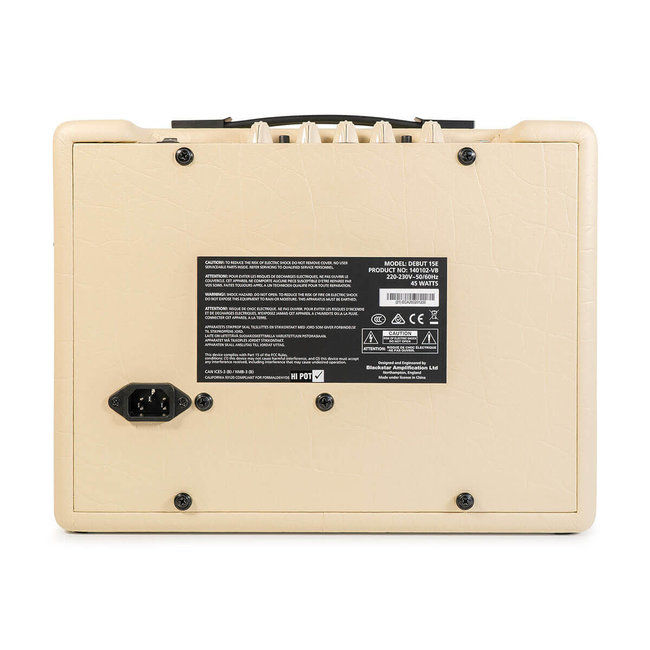 The all-analog Blackstar Debut 15E 15-watt stereo practice amp sets a new standard in on-the-go combo amplifiers. Experience inspiring tone and feel as you run the Debut 15E's twin 3" stereo speakers through their paces. Conjure up decades of coveted British and American tones with Blackstar's patented Infinite Shape Feature. Add dimensionality to your playing with a built-in digital tape delay as you jam along to your favorite tunes via the onboard MP3 input. A speaker-emulated output gives you that "miked stack" response at silent volumes, whether you're wearing headphones or recording direct. And with its classic cream/oxblood cosmetics and simple analog-style controls, the Debut 15E makes the perfect centerpiece to your control room, stage, or performance platform. Looking for more from a practice or recording amp? You'll definitely want to have a look at/listen to the Blackstar Debut 15E combo guitar amplifier.

The all-analog Blackstar Debut 15E is packed with a massive spread of tones, by virtue of its Blackstar's Infinite Shape Feature (ISF). When turned fully counterclockwise, you'll lend an American characteristic to your voice, with a tight bottom end and aggressive middle. Turned all the way to the right, you'll enjoy more of a British vibe, with a woodier sound that's less aggressive. However you dial in the Debut 15E, you'll enjoy a musical response that commands attention.

Music playback sounds just as it was meant to be heard, in glorious stereo, through the Debut 15E's twin 3" speakers. And whether you're running backing tracks from your phone/tablet or additional instrument sources into the MP3 input, this amp delivers big sound on the go.

The Blackstar Debut 15E's speaker-emulated output delivers the sound of a miked-up cabinet, even with the volume down. Connect to your audio interface or a PA system and enjoy great tone. It also produces inspiring sounds when you're wearing headphones, which is great for late-night practicing and tracking. Guitarists here at Sweetwater have found the speaker-emulated output to be our family's (or roommate's) favorite feature.