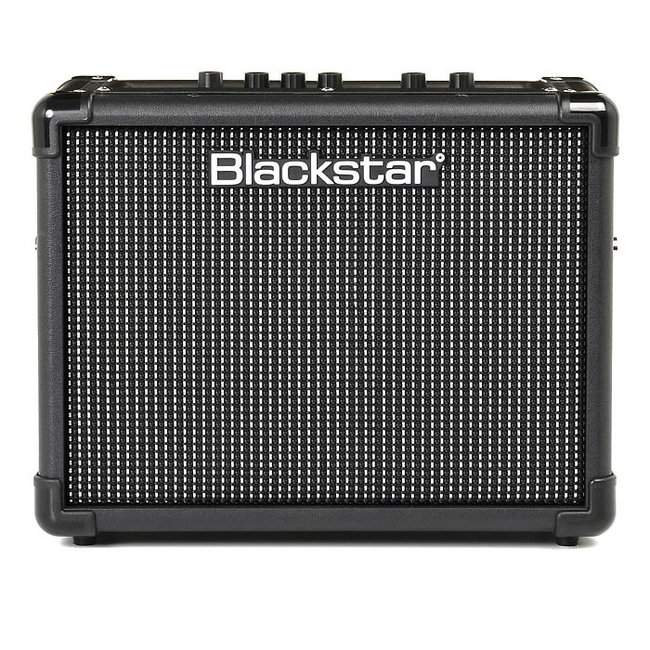 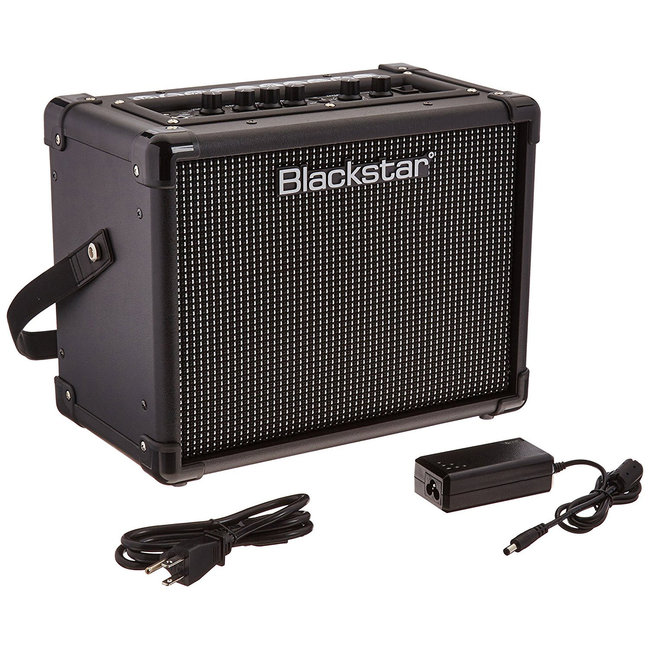 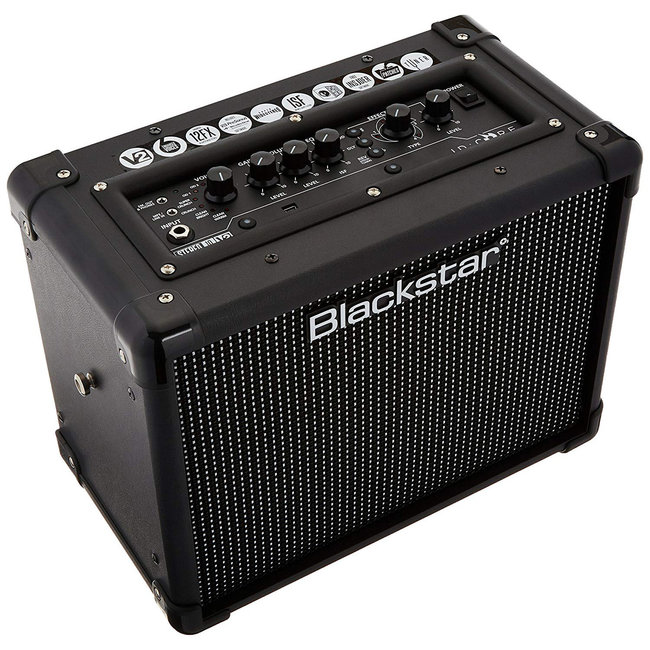 The Blackstar ID:Core 10 V2 might be the ultimate practice amplifier for beginning guitarists. Choose from six inspiring amp voices that run the gamut from classic clean to saturated overdrive. Dial in the perfect blend of American and British character with Blackstar's patented ISF control. Add gloss and dimension to your playing with built-in modulation, delay, and reverb effects, while Blackstar's Super Wide Stereo technology envelops you in immersive sound. Jam along to your favorite tunes via a re-voiced MP3/Line Input. Edit and store your favorite patches with the included Insider app.

Packed with all the effects you'll need:

Playing through the ID:Core 10 V2 is an immersive experience, on account of Blackstar's Super Wide Stereo technology. Not only do its 12 effects sound amazing in stereo, plugging your media player into the ID:Core 10 V2's MP3/Line In jack results in a multidimensional jam session that's a whole lot of fun.

The Blackstar ID:Core 10 V2 is packed with a massive spread of tones, by virtue of Blackstar's Infinite Shape Feature (ISF). When turned fully counterclockwise, you'll lend an American characteristic to your voice, with a tight bottom end and aggressive middle. Turned all the way to the right, you'll enjoy more of a British vibe, with a woodier sound that's less aggressive. However you dial in the ID:Core 10 V2 between the two, you'll enjoy a musical response that just asks to be taken onstage or into the studio.

Powerful features that are tailor-made for recording

The Blackstar ID:Core 10 V2's USB 2.0 functionality makes recording and re-amping a breeze. Record directly from your amp to your computer. Re-amping has never been easier. You can even record just the preamp out, making it easy to add your own effects and cabinet emulation in your DAW.

The ID:Core 10 V2's USB connection can also be used in conjunction with the included Insider app for deep editing and storing your patches. You can also share, upload, and download patches via the online community. This handy app is also loaded with features that will maximize your practice sessions, such as a built-in audio player for jamming along with your favorite MP3s and a phrase trainer for looping and time-stretching passages. At Sweetwater, we've found that these useful features make learning new chords and riffs much easier.