Home/Rode VideoMic Pro Review | Is It Worth The Money?/Product Reviews 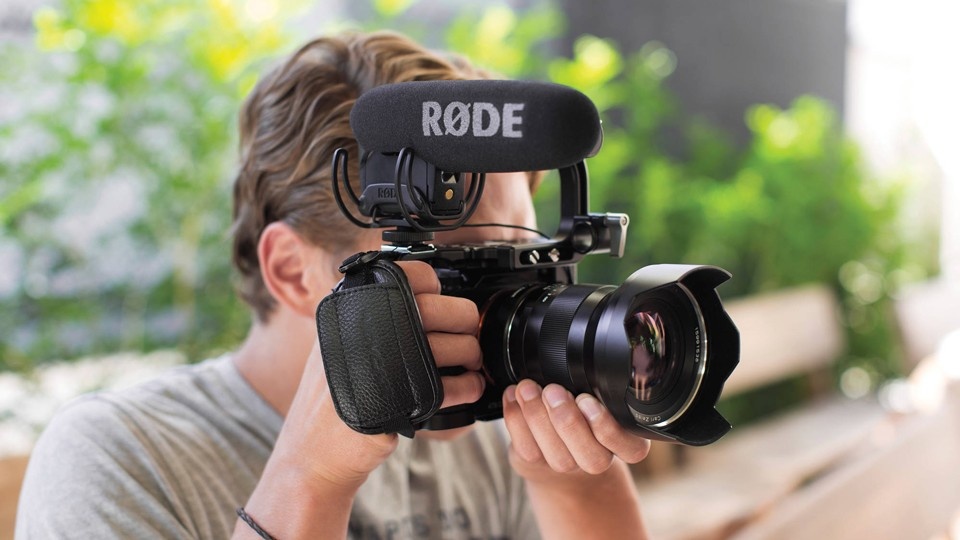 Even if you're not a content creator, you've probably seen or heard the Rode VideoMic Pro in action. The majority of your favorite YouTubers and content creators in general, use this microphone as their main audio source when recording video.

It's no doubt that this mic delivers on many levels, but is its popularity overblown? Let's take a look at this popular video microphone choice and see if the hype is real, or if it's just riding the coat tails of the YouTube influencer machine.

If you're looking into content creation in the form of online video, like vlogging for example, your microphone will be a very important piece of gear. Whether you're filming content on the go, outdoors or in a controlled environment like a studio, here are some of the things you should consider before making the Rode VideoMic Pro a mainstay in your content creation gear list.

The Rode VideoMic Pro is a directional microphone. What this basically means is that it focuses on sounds that are directly in front of it, while trying to block out any sound coming from the beside or behind it. This microphone has mono recording capabilities only, which makes it perfect for vlogging, conducting interviews and recording voices in general.

The Rode VideoMic Pro requires a 9V alkaline battery. Rode says that the battery can provide up to 70 hours of usage. It goes without saying that this statistic may vary.

Quick Tip: The microphone does not come with a battery so we suggest getting your hands on 2 as they tend to run out when least expected.

For wind and handling noise issues, Rode includes a foam windscreen and Rycote Lyre shock-mount. Though these tools greatly help keep handling and wind noise to a minimum, they will not omit these background noises completely.

Handling the microphone carefully and keeping it out of windy environments is the only way to keep unwanted sounds out.

The Rode VideoMic Pro is pretty compact and comes in at a very light 85 grams, and 150mm in length. Due to its light nature, the microphone can be very fragile too. Investing in a hard shell protective case may be a good idea.

The frequency response of this microphone is of 40Hz - 10KHz. It features a high-pass filter at 80Hz to cut unwanted muddiness and potential rumble, leaving speech to sound as clear as possible.

Keep in mind that the high-pass filter is not a perfect solution. It will definitely reduce some of the handling or unwanted "low-end" noises but it will not completely get rid of every background sound in the lower end frequency spectrum.

Being careful (as much as possible) with your environment, in combination with using a proper windscreen and/or protection against wind and other surrounding noises, should do a decent job of minimizing unwanted sound leaks into your audio recording. The high-pass filter should be used as an extra in this equation, not a stand alone solution.

We aren't too crazy about this because in the instance that your cable malfunctions or breaks, you will need to bring it in for repair whereas with another model, you'd simply replace the cable. Rode does provide a good warranty program on their products though.

All is not lost though. The built-in mic still captures your audio, although it does so with greatly reduced sound quality. Worst case scenario, you will need to clean up that audio and run with it.

Want to rest easy knowing that your mic is always on and ready to roll? Check out the Rode VideoMic Pro +.

Should You Buy The Rode VideoMic Pro?

If you want to improve your audio quality when recording interviews, vlogging or creating any kind of online video content, we would definitely recommend the Rode VideoMic Pro or the VideoMic Pro + Get yours from Muziq Market today and tell us about your experience!

There are no comments yet, be the first one to comment

Shure SM7B Review | Is This Microphone The Podcasting King?

Focusrite 2i2 Review | The Best Audio Interface For Podcasting?

Rode VideoMic Pro Review | Is It Worth The Money?