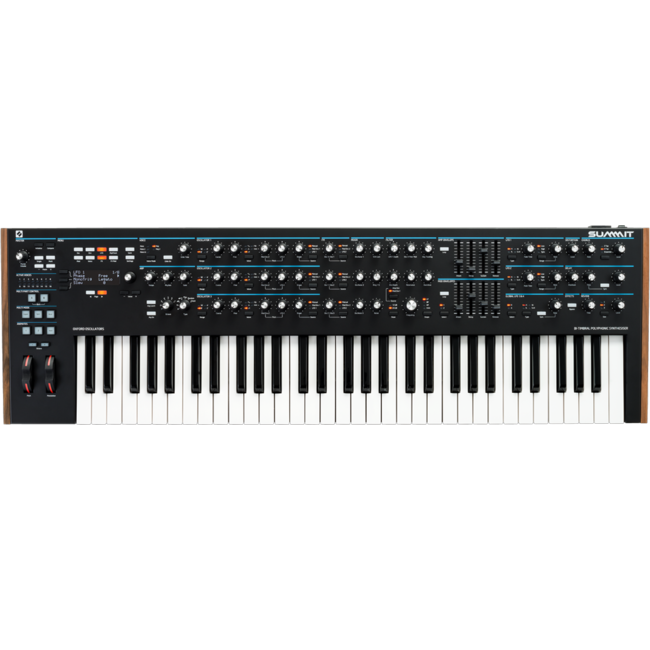 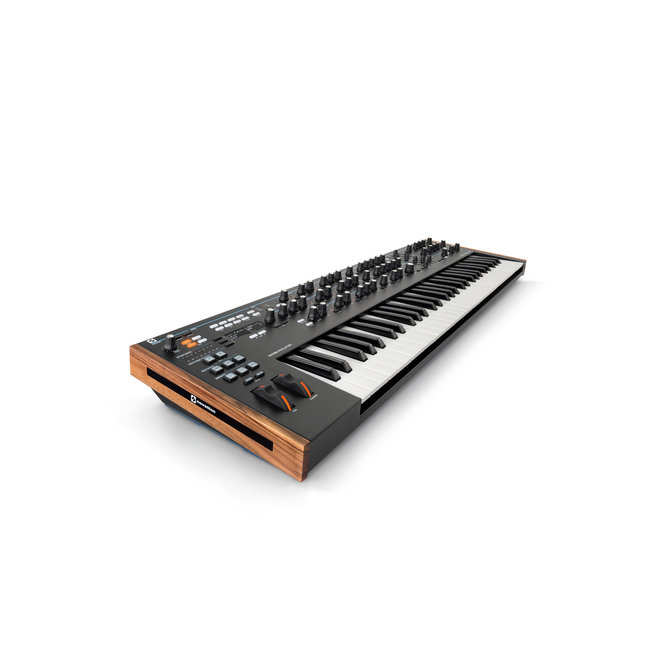 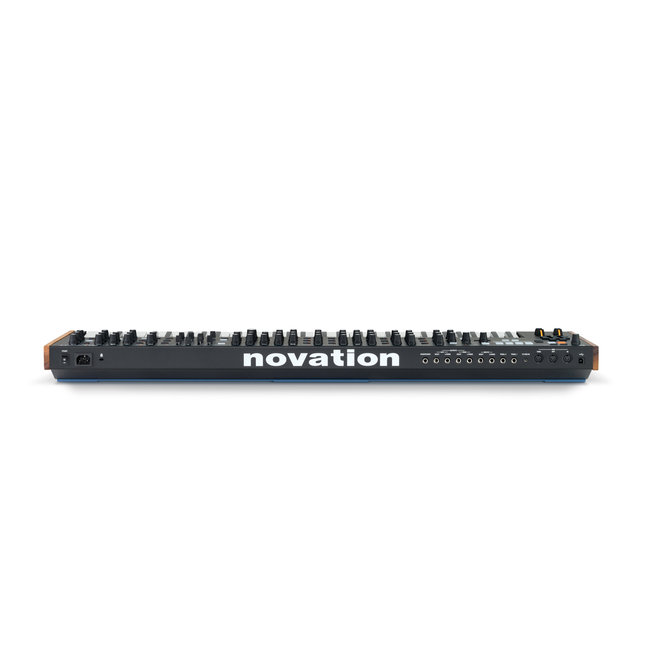 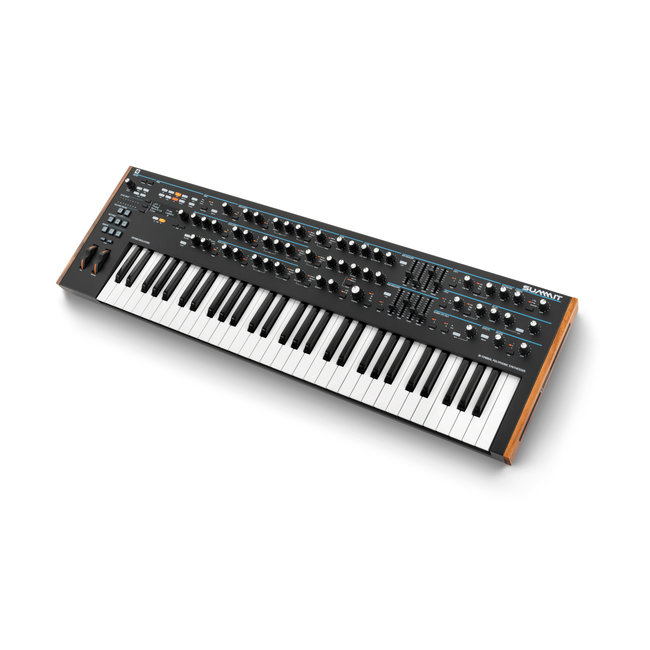 Summit's digital New Oxford Oscillators offer subtractive, FM and wavetable synthesis, and feed into genuine analogue dual filters, distortion and VCAs. The multitimbral engine enables merging and combining of two complete and independent patches, while up to 16 simultaneous voices deliver enough harmonic depth for even the richest of pads.

The Best Sounding Synthesiser Novation Has Ever Made
Summit doubles the power of Peak's digital New Oxford Oscillators up to 16 voices and two parts, and adds a wealth of new features and a premium-quality five-octave keyboard. A synth much greater than the sum of its parts, it gives the serious producer or performer everything they need to design and play stunning basses, leads, arps, pads, effects and beyond.

Features
• 16-voice, multitimbral engine combines two simultaneous patches
• Five-octave, semi-weighted, velocity-sensitive keyboard with aftertouch
• Digital New Oxford Oscillators are capable of subtractive, FM and wavetable synthesis
• Summit's dual filter is switchable between six paired combinations of low-pass, high-pass and band-pass modes at 12dB/octave, or any single mode at 24dB/octave
• Hook up external instruments for processing with Summit's onboard effects, while using it as a synth at the same time